Perhaps no day this summer is representative of how fast legal change can occur in our country than June 26th. The importance of this date, and the still-evolving legal ramifications of such significant change to our family laws, is almost beyond words.

The History of How Same-Sex Marriage Came to Be


Four years ago today, on June 26, 2015, in the landmark case of Obergefell v. Hodges, the United States Supreme Court ruled that the fundamental right to marry extended to same-sex couples and, consequently, legalized same-sex marriage in all 50 states. 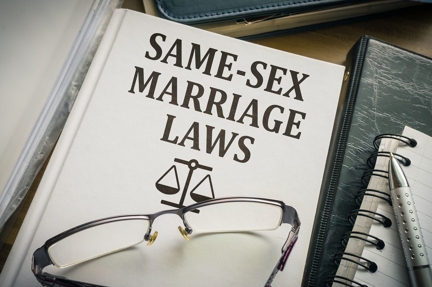 Two years prior, on June 26, 2013, the Supreme Court case of United States v. Windsor gutted the Defense of Marriage Act, opening the door for same-sex couples to participate in federal benefit programs in the same manner, and to the same extent, as heterosexual couples.

And, even before that, on June 26, 2003, in Lawrence vs. Texas, the high court ruled that same-sex sexual activity was legal in every state and state laws banning such activity were no longer valid.

While it might be purely coincidental that all of these rulings were handed down on June 26th, the fact is that this date has probably become the most significant date in the gay rights movement, at least as far as the advancement of legal rights in the LGBT community, and is perhaps only rivaled by June 28, 1969, the date marking the start of the Stonewall riots in Greenwich Village, New York.

Further, these cases and this date show how fast change can occur in our country. While many believe these changes were a long time coming, the fact is that, in less than 12 years, our family law system went from laws defining what sex acts were legal and illegal, to a system equalizing rights for all sexual orientations.

The Future of Same-Sex Marriage and Family Law

The development and evolution of the effects of these three Supreme Court decisions, and a multitude of other, related (and sometimes conflicting) higher court decisions, is still in full swing. At Coker, Robb & Cannon, we are working hard to stay abreast of how these changes in the law affect our same-sex family law clients.

Further, we are regularly working with same-sex clients who, because of these changes are often getting married later in life, to protect their financial situation in the event of divorce. As the excitement of the new possibility of the right to marry is replaced by same-sex marriage rights becoming the norm, we find more and more clients are carefully considering Premarital agreements (Prenupts) in the same way that older and/or more propertied persons have been considering such protections for years. For more information on the importance of Premarital Agreements for same-sex couples, check out our blog post here.

Interested in speaking to a member of our legal team? You can reach us at your earliest convenience by calling (940) 293-2313.