As society continues to rely on technology, the digital revolution and e-commerce have started to become a part of everyday life. Today, it is becoming more common for people to buy everyday goods online from retailers such as Amazon than it is to buy from a local retail store. In the same way, more people transfer money or pay bills electronically through their bank or services such as Venmo, PayPal, and ApplePay. 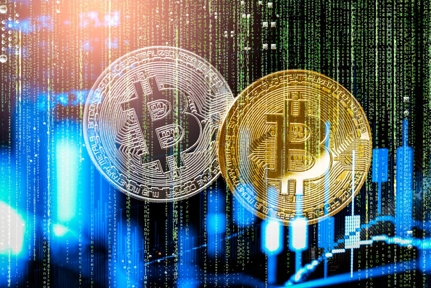 The modern digital age has also influenced the traditional idea of investing money. The digital age has introduced new electronic investment opportunities, one of the more popular cryptocurrencies and subject of this article is Bitcoin. The value of Bitcoin is predicted to rise, and as such, it is crucial that we understand how this will impact your divorce case.

What Are Bitcoin and Cryptocurrency?

Bitcoin is a form of cryptocurrency and is defined as a form of electronic cash. Neither the Federal Government nor banks regulate Bitcoin. There are no physical bitcoins, but it is transferred instantly among consumers electronically. Unlike conventional transactions, bitcoins and other forms of cryptocurrency use sophisticated software algorithms to verify and transfer the limited supply.

The most prominent characteristic of cryptocurrency is its deregulated nature. Unlike mainstream online banking and credit, which are recorded, regulated, and taxed by the Federal Government, bitcoin transactions are recorded on a public ledger in the cloud. Bitcoin is further encrypted by an algorithm to ensure legitimacy and held in a password-protected digital wallet. If the wallet’s owner loses their password, it is similar to losing their physical wallet.

Since its introduction, the value of bitcoin has skyrocketed, inspiring the creation of other competing forms of cryptocurrencies, such as Litecoin, Ethereum, and Zcash. Recently, Facebook announced its plans to release its own cryptocurrency known as “Libra.” In 2011, Bitcoin had a one-to-one exchange rate with the U.S. dollar. Today, as discussed earlier, one single bitcoin is worth roughly $8,000 U.S. dollars. Furthermore, the inflation in Bitcoin has inspired many people to treat this cryptocurrency, similar to an investment account such as stocks and bonds.

In the state of Texas, property and assets acquired during the marriage are subject to a just and right division upon divorce. Texas courts characterize assets as either community property or separate property. A court can also consider a range of other factors, including but not limited to adultery, abandonment, or the conviction of a felony when dividing community assets. However, these factors are evaluated on a case-by-case basis and can require a certain level of proof; this is why it is important to consult with an experienced attorney who specializes in family law.

When most people think of assets in a divorce, they think of the larger monetary items such as a house, retirement accounts, and bank accounts. However, investment accounts acquired during the marriage are also subject to a just and right division under Texas community property laws. Similarly, bitcoins can be subject to division upon divorce.

Under Texas law, all property acquired during the marriage is presumed to be community property, unless it is shown to be a spouse’s separate property by clear and convincing evidence. Property acquired before marriage or by gift, device, or decent is considered separate property. Thus, if a party received bitcoins or another form of cryptocurrency prior to getting married, or by gift or inheritance, the bitcoins will not be subject to a just and right division.

However, if the bitcoins were acquired during the marriage or purchased using community funds, it is subject to a just and right division. Conversely, bitcoins purchased using separate property funds will not likely be subject to a just and right division. However, it is important to note that determining whether the bitcoins are characterized as community or separate property can be complicated and may require the help of a financial expert to determine its value and characterization.

Dividing bitcoin and other cryptocurrencies can be accomplished by transferring it to the other spouse’s digital wallet. Although a single bitcoin is worth thousands of dollars, its digital nature makes it easy to divide, or transfer, and can be done within seconds. Alternatively, a Court could order a party to exchange or convert their bitcoin into an official currency—such as U.S. dollars—and divide the proceeds. A Court can similarly order a party to hold the bitcoin as an investment and compel the party to sell by a date certain and divide the proceeds with their former spouse. All of these methods of division can be discussed with an experienced family law attorney. A knowledgeable family law attorney can also tailor a solution of division to fit your unique financial situation.

Moreover, the deregulated and anonymous nature of cryptocurrency creates an increased risk for a spouse to hide their true value. A spouse can do this to evade property division, or a spouse can claim because there are no physical bitcoins, the true value cannot be ascertained. A party should always inform their family law attorney about their spouse’s financial history with cryptocurrency, or any other investment account. This allows the attorney to adequately advise a client on the value of their marital estate. Further, if your attorney has knowledge of cryptocurrency, the attorney can also take reasonable steps to protect your assets and advise you on the next steps to ensure your financial future.

If you are in a high-value divorce involving complex assets such as bitcoins or other cryptocurrencies, you should consult an experienced family law attorney from Coker, Robb & Cannon, Family Lawyers by calling (940) 293-2313 to set up a consultation about your case today. We have 3 offices conveniently located throughout Denton County and Collin County.