July 4th is an excellent opportunity for people to reflect and celebrate the freedoms they enjoy as a result of living in the United States. The ideas this country represents has inspired millions of brave Americans to dedicate their lives to defending their nation through military service. 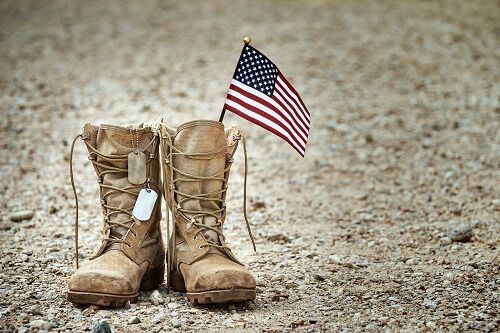 Lenders, credit card companies, landlords, and even spouses of the servicemember might try to initiate legal action while they are away on military duty. Sometimes these litigants know that the servicemember has no reasonable opportunity to defend themselves in court. In response, the U.S. has recognized certain legal protections for the servicemember under the Servicemembers Civil Relief Act to prevent parties from starting a lawsuit while the servicemember is preoccupied with their military service.

What Is the Servicemembers Civil Relief Act?

In 1940, the United States Congress enacted a law called the Soldiers’ and Sailors’ Civil Relief Act (SCRA)—a federal law that was intended to minimize the financial hardships resulting from military service while servicemembers were deployed or otherwise busy performing their military duties abroad. In 2003, Congress passed today’s Servicemembers Civil Relief Act which modified and expanded on the provisions of its predecessor. The law puts civil legal actions on hold while servicemembers are deployed to war or on a temporary assignment overseas.

Protections Provided Under the SCRA

The provisions of the SCRA can be found under Title 50 of the United States Code. These provisions grant specific protections to servicemembers who cannot respond to lawsuits or take defensive action against legal claims due to their military duties.

The protections of the SCRA include:

A default judgment refers to a scenario when one party does not appear for a court proceeding, and the court consequently issues a ruling against the other party who failed to appear. Default judgments automatically favor the plaintiff as long as they appear before the court. However, the SCRA requires a plaintiff entering a default judgment to first file a sworn statement with the court confirming or denying the other party’s military status, including necessary documentation and other proof in that regard.

If the defendant turns out to be in military service, the SCRA precludes a court from entering judgment without first appointing an attorney to represent the defendant. If the appointed attorney cannot find their client, the attorney’s actions cannot legally bind the servicemember or waive a defense on their behalf.

The SCRA is a powerful shield for servicemembers against property division matters and actions involving the judicial enforcement of divorce orders. As a result, a party who attempts to claim the servicemember’s property or use contempt proceedings against an absent servicemember may not obtain a default judgment against them while they are away for military service. However, while the SCRA makes the issuance of default judgments against a military servicemember extremely difficult, it is not impossible. Therefore, servicemembers who are concerned about civil legal actions should still consult an attorney for legal advice about their rights and options under the SCRA.

Section 3932 allows active duty servicemembers to stay child custody proceedings for servicemembers who receive notice of the legal action but cannot appear due to military service. Upon request, the court must stay the lawsuit for at least 90 days. The request must include a statement communicating that their military service makes appearing before the court infeasible, along with a statement from their commanding officer in support of that claim.

Furthermore, modification proceedings regarding matters such as spousal maintenance, child support, and child custody must also comply with the procedures outlined under the SCRA. Significantly, courts are required upon request to stay proceedings during which the servicemember cannot appear due to military service. As a result, it is crucial that servicemembers who wish to take advantage of the protections under the SCRA consult an attorney who will submit such a request on their behalf.

If you are a military servicemember seeking a qualified attorney to represent their interests in a civil action regarding domestic relations laws and matrimonial issues, you should seek the professional advice of an experienced attorney from Coker, Robb & Cannon, Family Lawyers. Our legal team is committed to protecting the rights of Texas residents, including military servicemembers, regarding matters such as divorce, child custody, and property division. Fighting for the rights of our brothers and sisters in the armed services is the least we can do to honor their brave sacrifices and commitment to defending our freedoms from threats from abroad.

Call us at (940) 293-2313 or contact our office online to arrange a confidential consultation about your case today.