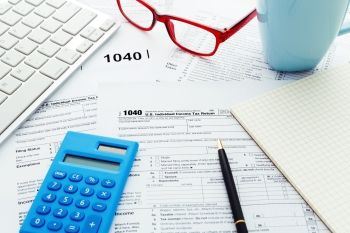 In December of 2017, Congress approved major tax reform as part of Tax Cuts and Jobs Act (TCJA). Along with yearly adjustments for things like cost of living, retirement savings, and inflation, sweeping updates to the U.S. tax code will have an impact on millions of Americans. Among those are couples who initiate divorce now or in the future along with divorced spouses who pay or receive alimony, also known as spousal support or spousal maintenance.

Spousal support refers to regular payments made to a former spouse during or after a divorce, which can be agreed upon by both spouses or determined by the court. Spousal support often becomes a focal point during divorce cases, as it can become a significant obligation or important source of funds long after spouses have split up and moved on. It also has tax implications that both parties must address when filing their yearly tax returns.

Because having the facts is critical to alleviating tax concerns, our team at Coker, Robb & Cannon, Family Lawyers has provided some information to help you better understand how the new tax law might affect you and any spousal support payments you make or receive.

Under the old tax law and provisions concerning alimony (which will still apply to this year’s filing and potentially some individuals after that), a person who pays spousal support is able to claim their payments as a deduction on their federal income tax (whether it is itemized or not). This means the former spouse receiving support pays the tax on their income. Having the recipient party pay taxes on alimony is typically beneficial because they are likely in a lower tax bracket than the payer.

It is important to note that the new tax law applies ONLY to divorce agreements finalized after December 31, 2018. While much of the new tax law took effect at the first of the year (January 1, 2018), provisions regarding alimony will not take effect until the end of the year, and will only impact divorce decrees that are entered on January 1, 2019 or after.

What You Need to Know

Although these tax implications may not affect divorcees until 2019, there are a few things you should understand now:

The new tax law may not have much on an impact on divorcees with existing alimony agreements if no action is taken, but it will certainly have an impact on post-2018 cases involving divorce and modifications. This includes the potential payer spouse having to strategically negotiate or fight for lesser payments due to the lack of a deduction, receiving spouses having to protect their rights and interests, and both parties investing the time and careful consideration to understand how modifications may benefit them.

At Coker, Robb & Cannon, Family Lawyers, our divorce attorneys have served residents throughout Collin County, Denton County, and the surrounding communities of Texas since 1998, and have always prioritized responsiveness to new laws and changes that affect our clients’ cases. If you have questions about divorce, spousal support, or modifications, our team is readily available to help. Call (940) 293-2313 to speak personally with a member of our team.