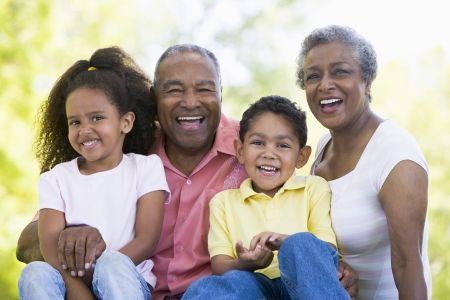 Recently, one of our followers on the Coker, Robb & Cannon, Family Lawyers Facebook page asked if we could repost one of our previous blog posts about Grandparents' rights in Texas when the grandchildren's parents divorce. Since that post was originally published, the laws have changed, so we have updated the information accordingly.

It pretty much goes without saying that everything behind grandparents’ rights can be incredibly emotional. When grandparents have to seek legal intervention to just see their grandchildren, emotions abound on all sides of the spectrum with the grandparents, the parents, and the children involved. When parents feel it is necessary to deny access to the grandparents, emotions also run high. Texas always wants to do what is best for the children, and except for specific circumstances, the state will always lean toward the children being with one parent over grandparents. Further, state and federal law strongly favors a fit parent’s right to choose whether the child is around the grandparents or not.

This isn’t to say that grandparents don’t have a case; only a family law attorney can tell you for sure if you have a case or not. However, before you rush off to an attorney’s office with your demands, be sure to look over Texas’ stipulations for grandparents’ rights as described below.

A managing conservatorship often means “custody,” but it could also mean that the grandparents have the right to make decisions regarding the child’s upbringing, such as what school to attend and where the child resides. A grandparent can seek a managing conservatorship by actively filing a lawsuit or by intervening in an on-going lawsuit (such as a divorce or a modification) ONLY if at least one of the following circumstances exists.

If any of these four situations exist, then there may be a case for the grandparent to seek custody.

In the following situations, a grandparent can file for possessory conservatorship if there is an ongoing lawsuit regarding the welfare and custody of the child. Please note that both circumstances must be met in order for the grandparent to intervene.

For grandparents just seeking visitation with the child, they may do so by either filing an original suit or intervening in a current lawsuit. However, all three of the following circumstances must exist, PLUS one of the circumstances listed below the requirements.

Along with these three prerequisites, one of the following situations must also be present.

As you can see, these circumstances greatly limit which grandparents can file suit just for visitation.

Now, this is just a down and dirty explanation of what Texas requires for grandparents to try to assert their rights to see or obtain custody of their grandchildren. In no way does this cover every single plausible situation that you may find yourself in. Just as we said earlier that you shouldn’t rush off to an attorney’s office to demand your rights without learning a bit first, we also urge you not to give up just because you read this explanation of grandparents’ rights. These cases are very fact specific and the potential for success also varies great from Court to Court and Judge to Judge.

Talk to an attorney familiar with the Courts in your area about your unique situation, and remember to keep your mind open. Just because you may not qualify for one of these situations does not mean you can’t help your grandchild through legal procedures.