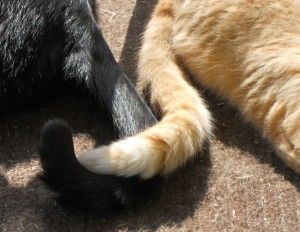 An issue that courts are seeing more and more of are pet custody disputes. According to 2006 survey of lawyers by the American Academy of Matrimonial Lawyers, lawyers have seen a 25% increase in pet custody cases. The love people have for their pets can lead to custody disputes that are as emotional, as hotly contested and expensive as custody cases involving children. In San Diego, California, it was reported that a doctor spent upwards of $150,000.00 in a custody dispute with his wife over their Pointer-Greyhound mix. The three day hearing included reports by animal behaviorists, bonding studies and video presentation of the dog's routine. While most cases involving the family pet are not as extreme as the San Diego case, it is important to understand how pet disputes are treated in a divorce in Texas.

In Texas, a pet is considered to be property and subject to a property division much like a car or piece of furniture. The Court can award the pet to one party or the other, and in rare circumstances, order the pet to be sold and the proceeds from the sale divided between the parties. Because a pet is classified as property, the Court is unable to order a visitation schedule or support ("petimony") like they would in a child support case.

If the court determines that the pet is community property, the Court then has to determine to which party to award the pet. The court may consider elements similar to the test in child custody disputes, what is in the best interest of the pet. The Court may look at who has been the primary caretaker of the pet, who has a closer relationship with that pet, who is better able to meet the day-to-day needs of the pet, and even each party's work schedule. If children are involved in the case, courts have considered the relationship between the pet and the children when determining to whom the pet will be awarded. The Court can also consider the emotional impact that the pet would have if separated from each party. However, because ultimately the pet is personal property, the Court may consider other factors, like the value of the animal, in reaching a just and right division of the community estate. This is particularly true in cases involving very valuable pets, because the value of the pet may exceed other assets in the case.

What the Court generally won’t, and arguably can’t, do, and what many will be surprised to learn, is award "joint custody" (joint ownership) of the pet and establish a visitation schedule for each party. Those issues the parties will have to agree to themselves. Parties have been able to reach agreements regarding "joint custody" of pets and even establish visitation schedules; however, whether, and how, the Court would enforce those agreements is questionable.

It may be possible for the court to award joint ownership of a pet as opposed to joint custody but such a ruling has the potential to create significant legal problems for the parties and arguably requires the court to make a visitation schedule, which the Court likely doesn’t have authority to do under current law.

The special relationship between people and their pets are getting the attention of legislatures in other states. Many states are considering legislation that recognizes that relationship and are not simply property. Making such a distinction would give the authority to award joint custody of pets much like they do with regard to children. For now, however, Texas courts are constrained by the current laws which considers Fido or Fluffy to be property and subject to division the same way as your furniture.