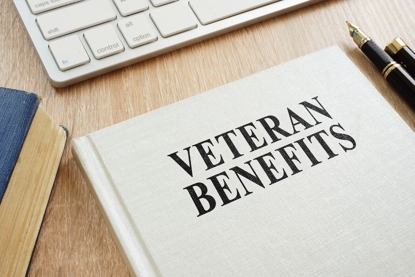 New federal regulations in 2017 also changed how pensions are to be divided by all 50 states. Now, the pension is frozen in time as of the date of divorce, annulment, or legal separation. It should be noted that Texas does not recognize legal separation. The purpose of the new federal law was designed to prevent an ex-spouse from receiving a higher than normal pension amount. For example, if the servicemember is an E-5 Sergeant at the time of the divorce but is an E-8 Master Sergeant at the time of retirement, the ex-spouse will receive a portion of the retirement benefit based on the lower rank. The only pension adjustments that will be allowed post-divorce is cost-of-living adjustments.

Under the Uniformed Services Former Spouses’ Protection Act, benefits that are received during marriage as disposable retired pay constitutes community property, unless received as disability benefits directly from the Veterans Administration.

Sometimes a military member will receive Combat-Related Special Compensation (CRSC) in place of full retired pay. CRSC is a program to compensate military retirees who have incurred certain combat-related disabilities. CRSC payments are considered to be the separate property of the veteran.

VA disability compensation benefits are not subject to division upon divorce. Such benefits are treated as a special gratuity to the veteran for service-connected disabilities as compensation for personal injuries or illnesses incurred in connection with military service. Due to the personal nature of these benefits, they are treated as the veteran’s separate property and are therefore not subject to division at divorce.

Due to special rules regarding the division of retirement benefits, divorces that involve military and veteran benefits can be particularly challenging to sort out. Whether you are a military service member or their spouse, you should consult an experienced attorney from Coker, Robb & Cannon, Family Lawyers to help make sure your property is properly divided according to law.

To schedule an appointment with one of our skilled attorneys, call us at F:P:Site:Phone} or contact us online today.