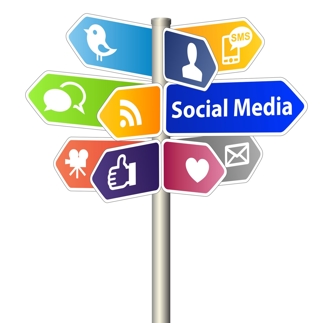 Family law may be a unique practice area, but it’s no different from other areas of law in terms of the constant evolution and changes that impact the way cases are handled. That’s especially true in divorce proceedings, which are not only subject to changing social values, new laws, and various trends, but also the ramifications of a modern era. If there’s one thing that looks markedly different when it comes to divorce cases today and those of times gone by, it’s the use of technology and digital evidence.

Whether you’re a millennial who grew up in the age of the internet or someone who can remember what it’s like to not have tech always at our fingertips, you’re well aware of the impact technology has on our lives, and how it continues to rapidly advance. From impacting the manner in which we communicate and coordinate to how we choose to spend our time, tech and digital advancements have a profound way of shaping our lives.

Though Alexa or that iPhone can provide us with answers about our most mundane and random musings, such technology can also play a role in Texas divorce cases – not only for things like legal research or case docket management, but also investigations and evidence.

Divorce cases have many moving parts, and although no two marriages or families are exactly alike, many often entail the need to address critical issues regarding things like:

Resolving divorce-related issues like these requires meticulous and detailed work that’s tailored to the facts involved. In some cases, including those involving complex issues such as high net worth, hidden assets, marital fraud or misconduct, disputes and litigation, and more, the need for securing evidence to support claims or provide leverage in negotiations can be elevated. In today’s digital era, divorce attorneys are increasingly turning to digital investigations and digital evidence to resolve these types of issues.

Digital evidence in divorce cases may include a range of electronic devices and forms of communication, each with their own specific uses and limitations. Some of the most common examples include:

Some Important Things to Keep in Mind About Digital Evidence & Divorce

Though you certainly have the right to protect your own interests in divorce, and work with legal representation when doing so, you don’t have the right to do anything you please or obtain information in unlawful ways. While digital evidence may function as a sword or shield in divorce cases, they also have the potential to be used against you or implicate issues that put you at risk of adverse consequences or civil/criminal liability.

Because matters involving digital evidence and technology should be handled delicately and with the knowledge of various laws and rules of procedure, there are a few important things you should keep in mind.

The Bottom Line on Digital Evidence in Divorce

Ultimately, digital evidence can be a very powerful tool in Texas divorce cases, which is why they’re used with increasing frequency during settlement negotiations and litigation. However, electronic evidence and the means by which such evidence is obtained are governed by various complex laws – laws the courts and lawmakers are still navigating in a digital age when things change rapidly, and which can result in adverse repercussions should they be violated.

The complexities associated with digital evidence and divorce is only one part of your divorce case and demand the insight of experienced family law attorneys. By working with proven attorneys like those at Coker, Robb & Cannon, Family Lawyers, you can address these challenging issues with the broader picture of your divorce and your future in mind.

Learn more about your divorce case, rights, and options by speaking with a family law attorney from Coker, Robb & Cannon, Family Lawyers. Our firm proudly serves clients throughout Denton County, Collin County, and beyond. Contact us today.