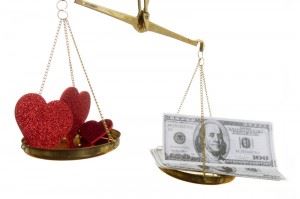 However, according to at least one therapist, prenuptial agreements can be a saving point for a marriage, because they can get the major issues that often kill marriages resolved before a problem even begins. The most common problem, of course, is money and money management, and prenuptial agreements can set how the couple will manage their money while married, not just who will get what if they divorce. By discussing finances up front, before there is an official co-mingling of funds, partners can avoid arguments in the future, because not only have they discussed how everything will be managed financially, but the discussion is also already written down for future reference. This is especially important for couples who marry later in life, after they already have achieved financial independence, and it’s even more important with couples who have children from previous marriages.

“Creating a prenup raises volatile issues,” the therapist said. “But after the smoke clears, a prenup can actually bring stability and clarity to a marriage in the long term, precisely because it does expose the core issues of a relationship.”

She goes on to say that by forcing yourselves to openly discuss money in this manner, it removes anything scary or uncomfortable that each partner may have about the topic.

Prenuptial agreements sound like they set up the marriage to fail, but in fact, they can save a marriage. Removing one of the largest obstacles in a marriage that is the number one cause of divorce can only make a marriage stronger.

And in the sad case that your marriage falls into the 1-out-of-every-2-marriages statistic, at least you have a document outlining how the assets will be divided just in case. Having that alone will save you hours in attorneys’ fees and arguing in court.

If you’d like to find out more about prenuptial agreements, and whether one would be right for you, consult a good family lawyer in your area.